Most Popular Tweet Ever Is By ‘Black Panther’ Star, Chadwick Boseman 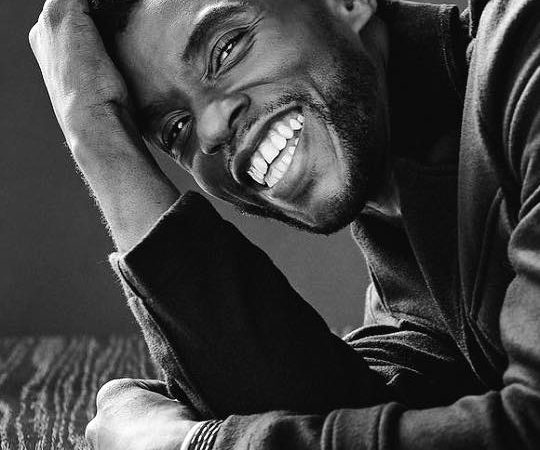 Chadwick Boseman (1972-2020), the iconic American actor, dies at 43 on Friday, August 28, 2020. He was a hardworking star who struggled for four years with colon cancer, but life was betrayed. Stars from all over the globe are mourning the major loss. Twitter confirmed his last tweet announcing the world about this sad news

Chadwick Boseman (1972-2020), the iconic American actor, dies at 43 on Friday, August 28, 2020. He was a hardworking star who struggled for four years with colon cancer, but life was betrayed.

Stars from all over the globe are mourning the major loss. Twitter confirmed his last tweet announcing the world about this sad news is the most popular tweet ever.

A tribute fit for a King. #WakandaForever https://t.co/lpyzmnIVoP

It informed how the true fighter preserved it to him and brought incredible movies like Marshall and Da 5 Bloods. He will always be remembered as Black Panther. Undoubtedly, King T’Challa is going to live forever in the heart of every Marvel fan.

The tweet has more than 7.5 million likes on Twitter after the closest one by Barack Obama in 2017 with 4.3 million likes.

While the loss of this actor saddens every industry, Whoopi Goldberg urges Disney Land to construct a ‘Wakanda Park’ in the memory of Boseman. Her idea on Twitter received more than 8.5K retweets and 57.8K likes.

Dear People in charge of building NEW experiences Disney Land and World we don’t really need another Frozen land BUT what we could use is Wakonda, please Disneyworld Disneyland PLEASE build in Chadwick Boseman’s name WAKONDA

According to Fox News, a petition has been called for a statue of late ‘Chadwick Boseman‘ to replace the Confederate Memorial in his hometown, South California.

More than 30,000 people have signed the petition on Change.org. It is about to reach 35,000 within the first four days. It reads,

“He opened many doors for many young black people with his leading roles in movies such as Black Panther or Marshall. It is only natural that his hometown honors what he did. There is no need for political controversy in this decision.”

Unquestionably, his efforts opened the doors for many black people. He has ideally portrayed real-life Black role models like ‘Jackie Robinson’ and ‘James Brown before adding to the Marvel world.

Moreover, his iconic appearance as ‘Thurgood Marshall’ in ‘Marshall’ portrayed him as the Supreme Court’s first-ever African American Justice.

Interestingly, E! Online shared how multiple stars are responding to the saddening news of Chadwick Boseman’s loss. It explains the way stars like Chris Evans, Robert Downey Jr., Brie Larson, and many more are giving tribute to the King.

He was an undeniably talented actor who did not share his condition with the world. It is remarkable how he kept working for his people. The most popular tweet ever also discusses that he went through countless surgeries and chemotherapy during his films.

In 2016, he was diagnosed with Colon Cancer stage III. Unfortunately, life did not support his struggle for four years while it progressed to stage IV.

The actor passed away in Los Angeles, in his home with his wife and family beside him. Heartbreakingly, his family has asked to continue respecting their privacy during this difficult time.

Adding to his respect, famous personalities gave tribute to the unforgettable actor.

The former US president Barack Obama called the actor ‘Blessed‘ in his tweet. Mr. Obama said,

Chadwick came to the White House to work with kids when he was playing Jackie Robinson. You could tell right away that he was blessed. To be young, gifted, and Black; to use that power to give them heroes to look up to; to do it all while in pain – what a use of his years. https://t.co/KazXV1e7l7

We are all heartbroken by the tragic loss of #chadwickboseman — an extraordinary talent, and one of the most gentle and giving souls I have ever met. He brought enormous strength, dignity and depth to his groundbreaking role of Black Panther; shattering myths and stereotypes,

The president of Marvel Studios and Chief Creative Officer of Marvel, Kevin Feige, feels ‘absolutely devastating’ over the loss. He discussed with the public,

“He was our T’Challa, our Black Panther, and our dear friend. Each time he stepped on the set, he radiated joy and charisma, and each time he appeared on screen, he created something truly indelible …”

Chadwick Boseman was born the youngest of three boys in Anderson, South California. He was raised by his mother, who worked as a nurse. His father worked in a textile factory. The actor learned direction at ‘Howard University’ and was mentored by Phylicia Rashad, who remembered him as

‘One of the Greatest Actors Ever.’

Sadly, the star died on Jackie Robinson Day 2020, which is annually celebrated by the Major League Basketball (MLB).

In the end, the ‘Chadwick Boseman’ will always remain in our memories. He has given the world memories, lessons, laughter, and now sorrows. May his soul rest in peace!