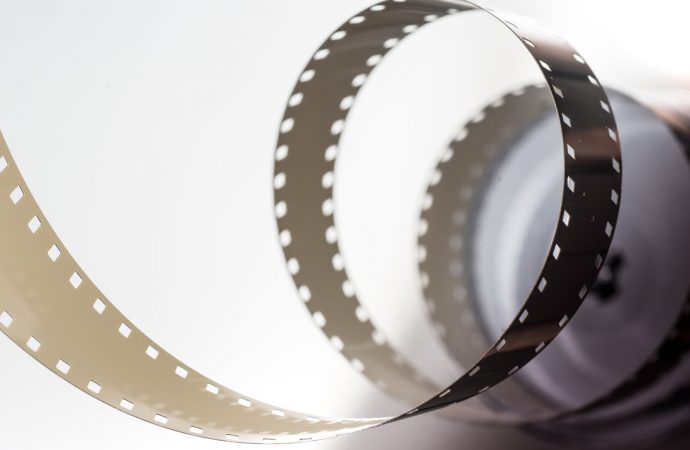 10 Upcoming Hollywood Movies That’ll Turn Out to be Blockbusters in 2019 In a life which is similar to robotic movements, we do not have much time for physical entertainment like going on camping or having vacations every other month. Movies are considered to be majorities favourite pastime because of the way they highlight visuals

In a life which is similar to robotic movements, we do not have much time for physical entertainment like going on camping or having vacations every other month. Movies are considered to be majorities favourite pastime because of the way they highlight visuals and how they convey enthralling stories using visuals and dialogues. From the beginning of 2019, we were excited for Lion King, Avengers – Endgame, Fast and Furious – Hobbs & Shaw, and other blockbusters that have graced our cinema in last eight months, but that is not the end. Upcoming Hollywood Movies that’ll turn the remaining of 2019 in a chartbuster; there is a wave of incoming blockbusters which will leave us breathless and watching them again and again.

Many of you will be contemplating what more is in store for us from Hollywood; well, there is a movie’s tsunami of blockbusters left and right. List of Upcoming Hollywood Movies coming right up:

Based on D.C. Comics character starring the great Joaquin Phoenix as the Joker and directed by Todd Philips, the official trailers are out – now the wait begins. This upcoming blockbuster is setting new records and received an eight-minute standing ovation. Like us, almost everyone around the world is waiting for this greatness to unravel as Rotten Tomatoes are on fire.

#Joker gives its infamous central character a chillingly plausible origin story that serves as a brilliant showcase for Joaquin Phoenix – and a dark evolution for comics-inspired cinema.#JokerMovie is #Fresh at 86% on the #Tomatometer, with 22 reviews: https://t.co/V798AlHmGX pic.twitter.com/3aWMb9DGB1

Gracing the cinemas on October 03rd, 2019 worldwide; the Joker movie is among the most awaited upcoming Hollywood movie in 2019. IMAX is offering IMAX coupon codes for early-bookers with discounts.

Directed by Adrian Grunberg, the franchise was introduced as the First Blood; the Ramboo series has bagged some great achievements and dollars. The quintessential character of John Rambo- a devastated Vietnam vet, pushed by a small-town marshal who calls on his special ops skills to wage a one-man war against those attempting to hunting him down. Sylvester Stallone geared-up once again as John Ramboo – the seventy-two-year-old hero is ready to rain down bullets on enemies, and some pretty intense action on his fans as post indicates.

Gracing the cinema screens on September 20th, 2019; we are ready to see this upcoming Hollywood movie waging war one last time. Grab your tickets now with IMAX coupon codes with discount as the cinema is an official media partner.

Well, who can forget the iconic character played by none other than a legend Angeline Jolie as the evil fairy Maleficent; and now she is back with a vengeance. Directed by Norwegian director Joachim Rønning, who co-directed Pirates of the Caribbean as well.

But there is still more than a month to go, and the majority of people are still unaware of this masterpiece re-emerging on cinemas sooner than expected. Due on October 18th, 2019; this upcoming Hollywood movie is going to be a blockbuster for sure.

Could you believe it is almost six years we last visited the kingdom of Arendelle? The musical movie is set to return with a blast – new plot, twists, snow, and of course music. Directed by Chris Buck and Jennifer Lee; they are in a lot of pressure as many of us have our bets on the movie to be better than the previous one. The past is not as it seems and the present is unknown to both Anna and Elsa.

The past is not what it seems. The new trailer for #Frozen2 is here. pic.twitter.com/YZOYrPXSGA

Set to make an appearance on November 22nd, 2019; the first official trailer released on February 2019 set records to fire by a whopping 116.04 views in just twenty-four hours after release.

There aren’t any movies that scored a 100 on Rotten Tomatoes website, nor did the site has indicated many movies which can. But, the Gemini Man is among exclusives who received this title and is on the first position. Directed by Ang Less, and of course, any film starring Will Smith is going to white-wash every chart-boards. This upcoming Hollywood movie has a hyper unlike seen before. The epic movie showed face-to-face combat of younger Henry Brogen with its older self which will leave you gasping in your seats. Will Henry Brogen will win this battle against his younger version? “Who will save you from yourself? Releasing on October 11th, 2019; grab your tickets now and find out; avail IMAX coupon codes to prior bookings.

A mission through space in Ad Astra; Bradd Pitt is showing his amazing acting skills once again after his previous blockbuster Once Upon a Time in Hollywood released on May 21st, 2019. Directed by James Gray, bagged 70 out of 100 on rotten tomatoes up till now – we have high expectations from upcoming movie to be a bigger hit than his former movies. Scoring 87% on rotten tomatoes, we can safely say this movie is something we are waiting impatiently. Exploration through unforgiving systems to find his father the journey won’t be simple and easy.

A spectacular movie, gracing the cinemas on September 20th, 2019; IMAX coupon codes are available on all coupons sites. Get your tickets now and take out those 3D glasses – its time for some space exploration guys.

We all remember T-800 with his perfect features and human façade, Sarah Connor, with her unnerving determination to end the daunting race. After twenty-eight years we will see these two iconic characters on big screens. Well, for once, I’m hella excited for Terminator. Directed by Tim Miller; we’re hopeful this movie will terminate all the previous flops and be a blockbuster in it. People are actually waiting for Arnold to swing those arms and make a hit. Releasing on October 21st, 2019; still, more than a month to go. Fingers crossed.

A political thriller relied on a true story of Katherine Gun. How a GCHQ operative disclosed top-secret gen to the U.K. press in a proposition to expose the USA’s illegitimate goings-on in their operation to invade Iraq in 2003. Directed by Gavin Hood, the movie have scored the movie 78% from rotten tomatoes, audience, on the other hand, has given 92%.

With actors like Keira Knightley, Matt Smith, Ralph Fiennes; the movie is bound to be a rollercoaster of suspense and thriller till the very end. Releasing on October 18th in the U.K., the movie will set the charts to fire.

Not many stills and information is available about Jumanji to expect that same characters are taking over their respective role. The movie is expected to be packed with fun and thrillers like its former make. We all are ready, like always, to see Dwayne Johnson aka the Rock to flex those muscles up after Hobbs and Shaw climax actions. Directed by Jake Kasdan, the movie is going to be entertaining, and we’re excited for another adventure of jungles and Jumanji game. Releasing on December 13th, 2019; the movie is still under progress. Rest assured we are going to be the first ones to buy those tickets from IMAX coupon codes with popping popcorns.

Emilia Clarke. The mother of dragons is returning with yet another fun-filled blockbuster Christmas movie for us to enjoy with a warm cup of hot chocolate. Fans are getting crazy, and many claimed the official trailer to be “magical”. Who wouldn’t claim the movie magical – with Emilia’s acting, colourful attires, and a smile which will make you smile too – this is one of the best upcoming Hollywood blockbusters of 2019. Directed by Paul Feig, the movie will be releasing on November 15th, 2019; the movie is set to put out some magic of chart-boards as well.